Strap on your boots and get up close with Australia’s fascinating wildlife.

Steve Irwin, a true animal advocate, got in close with many different animals. And who could blame the late “Crocodile Hunter?” His native land of Australia is home to some of the most fascinating creatures on the planet.

Let these endemic species from Down Under ignite your passion for wildlife.

For all its feisty appearance, the nocturnal Tasmanian devil prefers to hide in caves and burrows during the daytime, away from humans and predators. Early European settlers in Australia first-described it as a “devil” for its tendency to flip into a rage in the presence of threats.

As the world’s largest carnivorous marsupial, the Tasmanian devil is up there along with the most powerful biters in the mammal kingdom. Its sharp teeth and muscular jaws feed on small birds, snakes, and fish. They can also deliver serious injuries to humans.

A strange plague known as the Devil Facial Tumor Disease (DFTD), is the reason for the steep decline of the Tasmanian devil population. After the discovery of the outbreak in the mid-90s, Tasmanian devils continue to be under the vulnerable species list.

Where to spot: Cradle Wildlife Park in Cradle Mountain, Tasmania is one of the protected sanctuaries of Tasmanian devils. 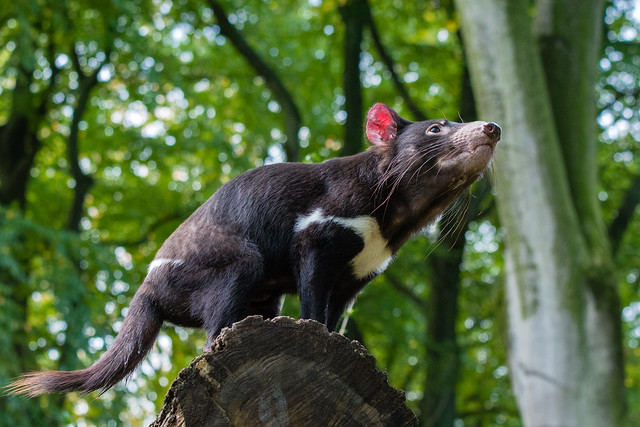 The Tasmanian devil is only indigenous to the island of Tasmania where it feeds on small birds, snakes, and fish.

The migratory humpback whale is a frequent visitor to Australia’s pristine waters. From frigid Antarctica, it moves together in pods up north during the winter months from June to August and returns to the Southern Ocean from September to November.

Breaching, the moment when humpback whales hurl their bodies out of the water and splash back in, occurs with no clear explanation. Marine biologists are yet to determine whether the purpose is feeding or communicating behaviors. Still, it’s a spectacle that attracts visitors to the seas of western and eastern Australia.

Where to spot: Surfer’s Paradise, Sea World, or Coolangatta in Queensland and Rottnest Island, Fremantle, or Perth in the western coast. 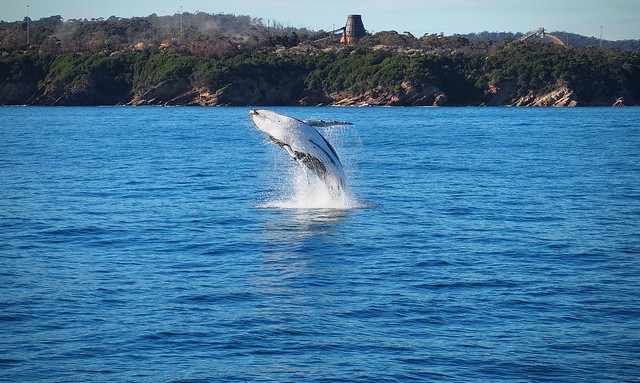 Humpback whales migrate the farthest on Earth, travelling for 16,000 miles depending on the seasons.

Call the laughing kookaburra crazy for its manic chuckle, but that’s just how it chirps. The sound of the cracking laughter might be strange to some, but native Aborigines have tales about it that has existed for centuries. Baime, the Creator in local folklore, made the kookaburra laugh each morning to wake the people and see the glorious sunrise. Since then, the bird has been a respected part of the culture.

The territorial kookaburra adapts well to various surroundings from distant farmlands to suburban neighborhoods. In spite of that, its natural habitat is still in danger due to urban development.

Where to spot: From the zoos in Queensland to the lush forests Victoria, the kookaburra resides throughout eastern Australia. 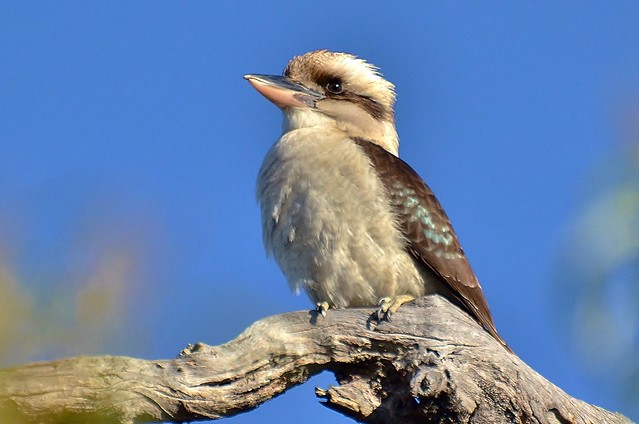 How can you distinguish a male from female kookaburra? A blue plumage on the wings of the male tells them apart.

Fuzzy koalas, mistakenly adored as bears, belong to the family of marsupials. A mother koala has a pouch to keep her baby quite similar to a female kangaroo. The child stays in there for about six months before it crawls out.

On a totally normal day, a koala perches on a eucalyptus tree and sleeps for up to 18 hours straight. During the night, it munches on eucalyptus leaves amounting to two and a half pounds each day. The koala’s impressive appetite leads it to store leaves in its pouch and cheeks.

Where to spot: The Lone Pine Koala Sanctuary, the world’s world’s first and largest koala sanctuary, is located just outside Brisbane. 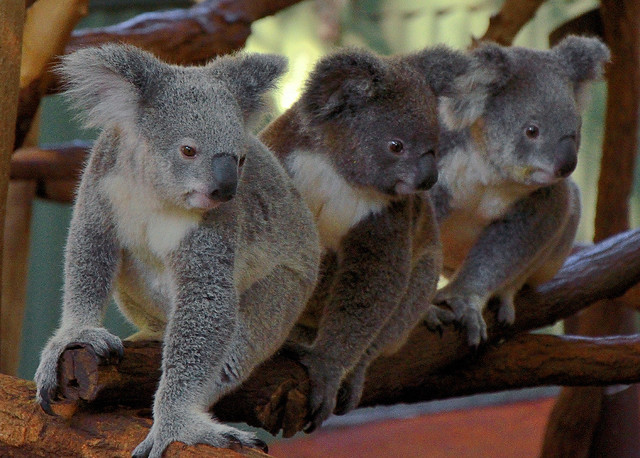 Life for these koalas consists of sleeping all day and eating eucalyptus leaves at night.

Could there be a more photogenic animal than the quokka? Rottnest Island’s own adorable marsupial smiles a lot for selfies, giving those cats a run for their money.

Quokkas are nocturnal herbivores that are more curious than afraid of humans. Since their diet mostly consists of grass and leaves endemic in their habitat, they should never be enticed to take human food. It might result in unwanted effects on their health.

Taking a fun selfie with a quokka is more than enough and National Geographic even encourages tourists to ‘say cheese’ with the cuddly animal in its Your Shot campaign.

Where to spot: Rottnest Island is home for the adorable quokkas. 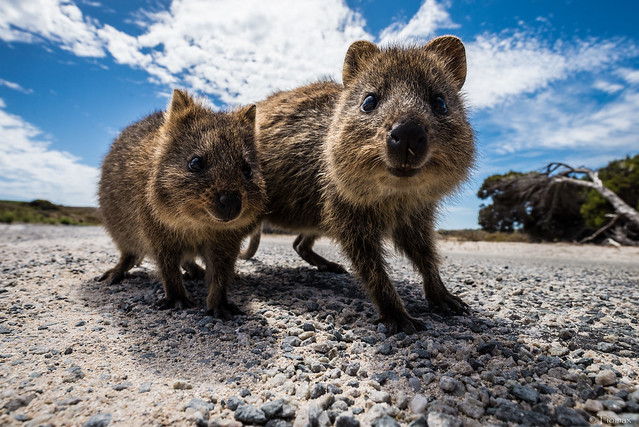 While quokkas are uber adorable, it’s illegal to keep them as domestic pets.