These festivals in Thailand sail between the wonderful and strange.

Brightly lit skies, streets soaked in water, gigantic elephants in action, and gluttonous monkeys—these are some of the sights that make festivals across Thailand some of the most colourful (and bizarre) in the world.

The mountainous city of Chiang Mai illuminates during Yi Peng or Lantern Festival. The former capital of the bygone Lanna kingdom, Chiang Mai sees hundreds of tourists join the lighting ceremony that happen around November. Sky lanterns, brightly lit, float up to the sky on the full moon of the twelfth lunar month. These lanterns symbolize the troubles, misfortunes, and worries from the past year released by their owners. In turn, good luck will usher in the new year. 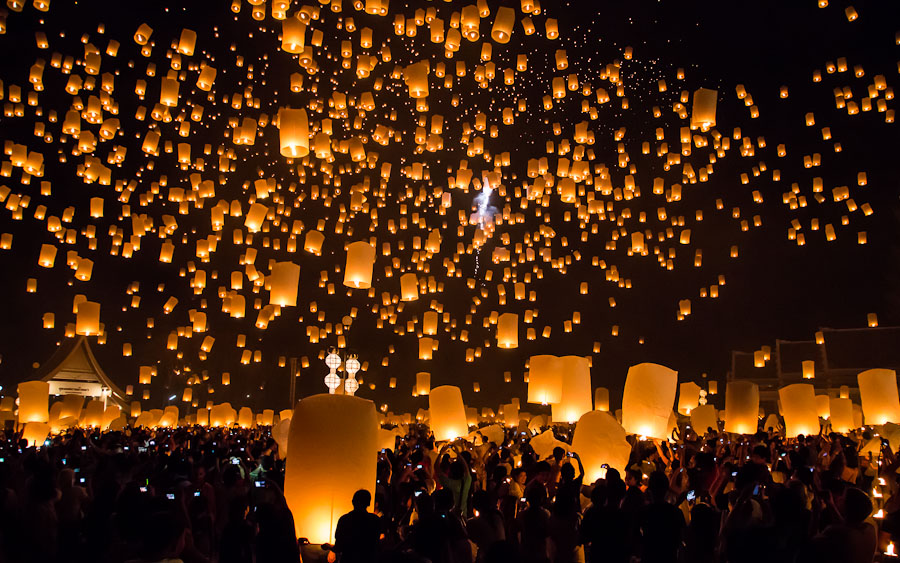 Hundreds of “khom loys” or hot air lanterns float up to the sky.

A wet and wild tradition, Songkran means ‘move’ or ‘change place’ in the Thai language. Locals believe that the spirit needs purification to rid away bad luck and unhappiness. Hence, water is an element to do just that. In the past, village elders trickle water on the shoulders of their family members. These days, the tradition has turned into a full-blown water fight. Get ready for splashes of water when you visit Thailand in time for the new year in April. 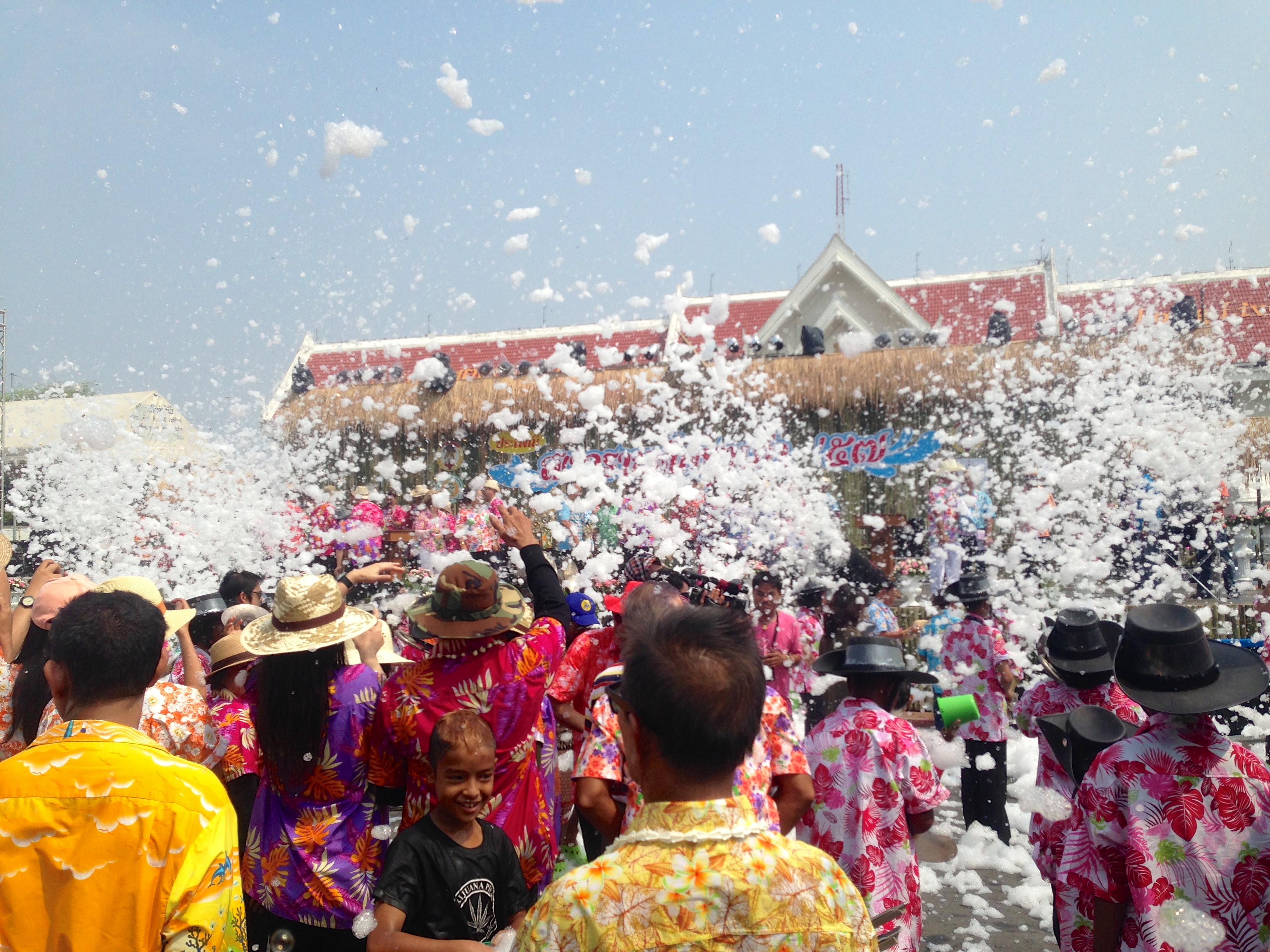 A gigantic elephant celebration occurs during the Surin Elephant Roundup. These intelligent and sensitive creatures take the spotlight during the two-day fest. It begins with a breakfast banquet of fruits and vegetables followed by a long procession through various stadiums for elephant shows. Tourists can see some of these gentle giants play tug-of-war with army men, paint like Van Gogh, and take part in the Siamese-Burmese historic battles. 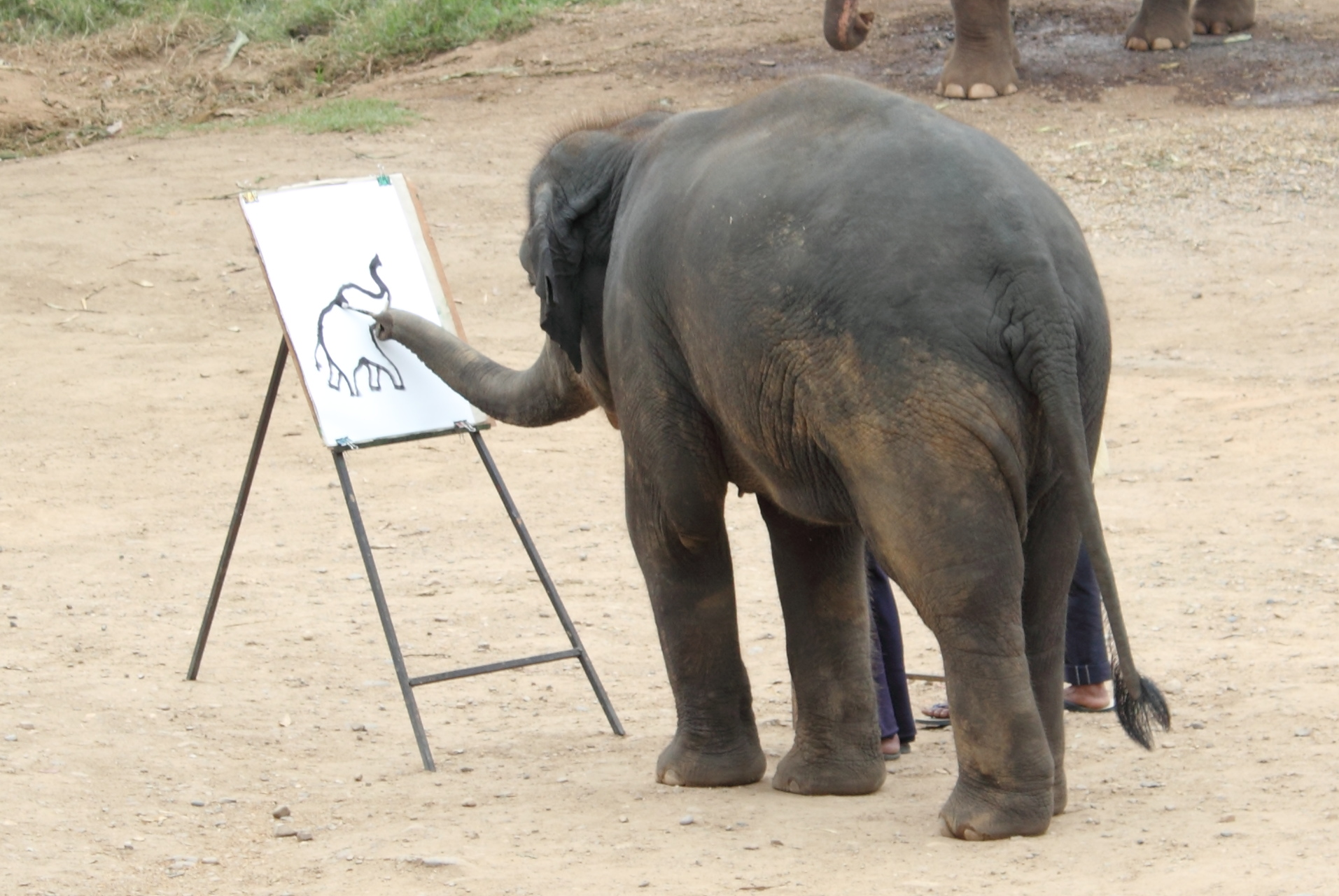 Elephant painting a work of art in Thailand.

At first glance, the Phuket Vegetarian Festival conjures an image of a torrential rain of carrots, tomatoes, and other veggies. While this is a part of the tradition, there’s a more painful side to it. The festival features men and women piercing their faces with swords and a variety of sharp objects. If you’re wondering why they do it, the puncturing of the body is part of a religious belief wherein participants won’t feel pain when possessed by gods. 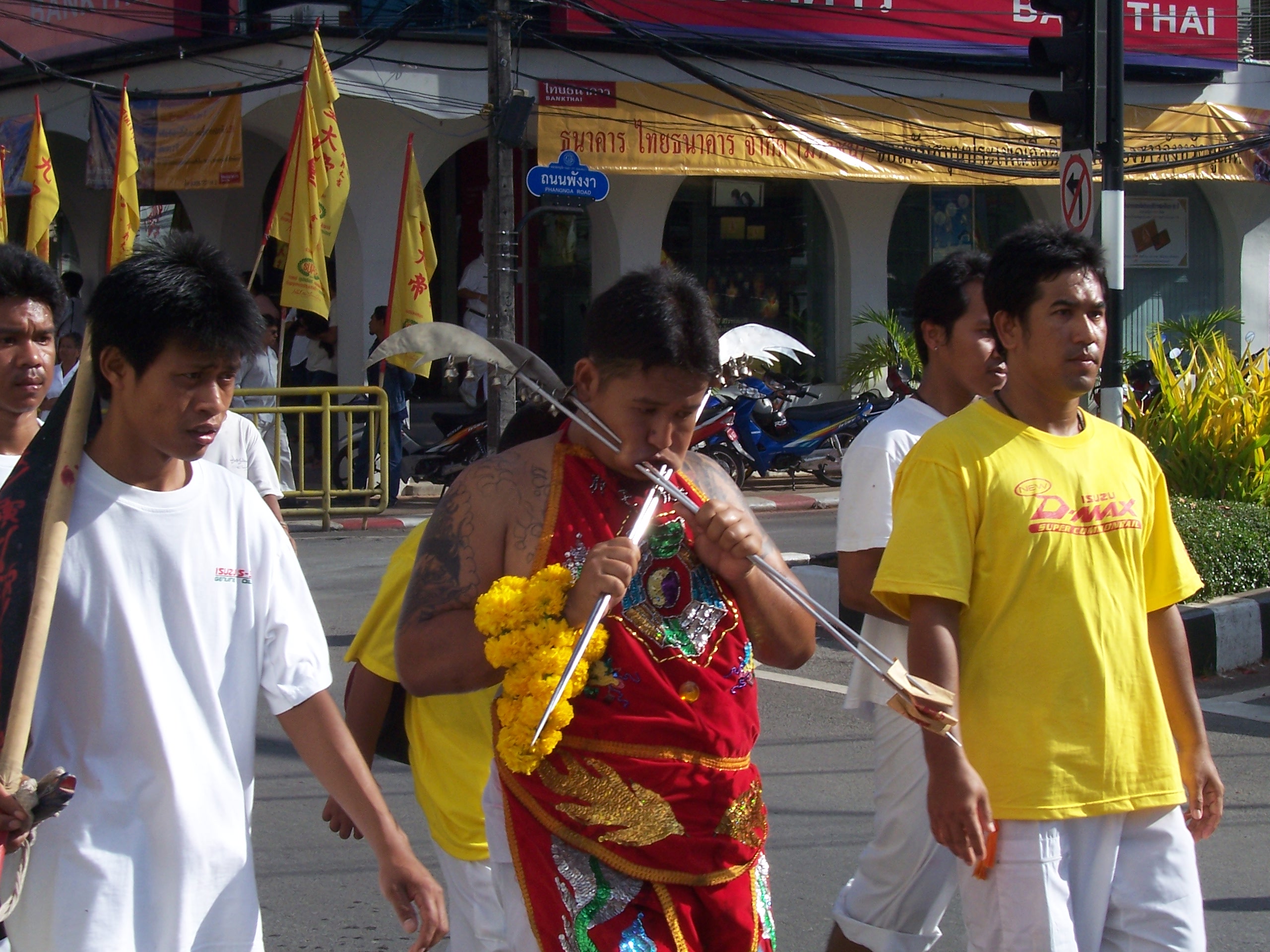 A physically painful yet spiritual practice is the Vegetarian festival in Phuket.

Crab-Eating macaques that reside in the iconic Khmer ruin in Lopburi have an annual food fest courtesy of the locals. The Lopburi Monkey Buffet festival is an unusual celebration that started in 1989. Today, thousands of tourists fly in to see the monkeys enjoy tons of foods on long tables. According to Thai folklore, monkeys bring good luck, happiness, and prosperity. Since then, the people of Lopburi donate food for the annual event, which has attracted much attention since its inception. 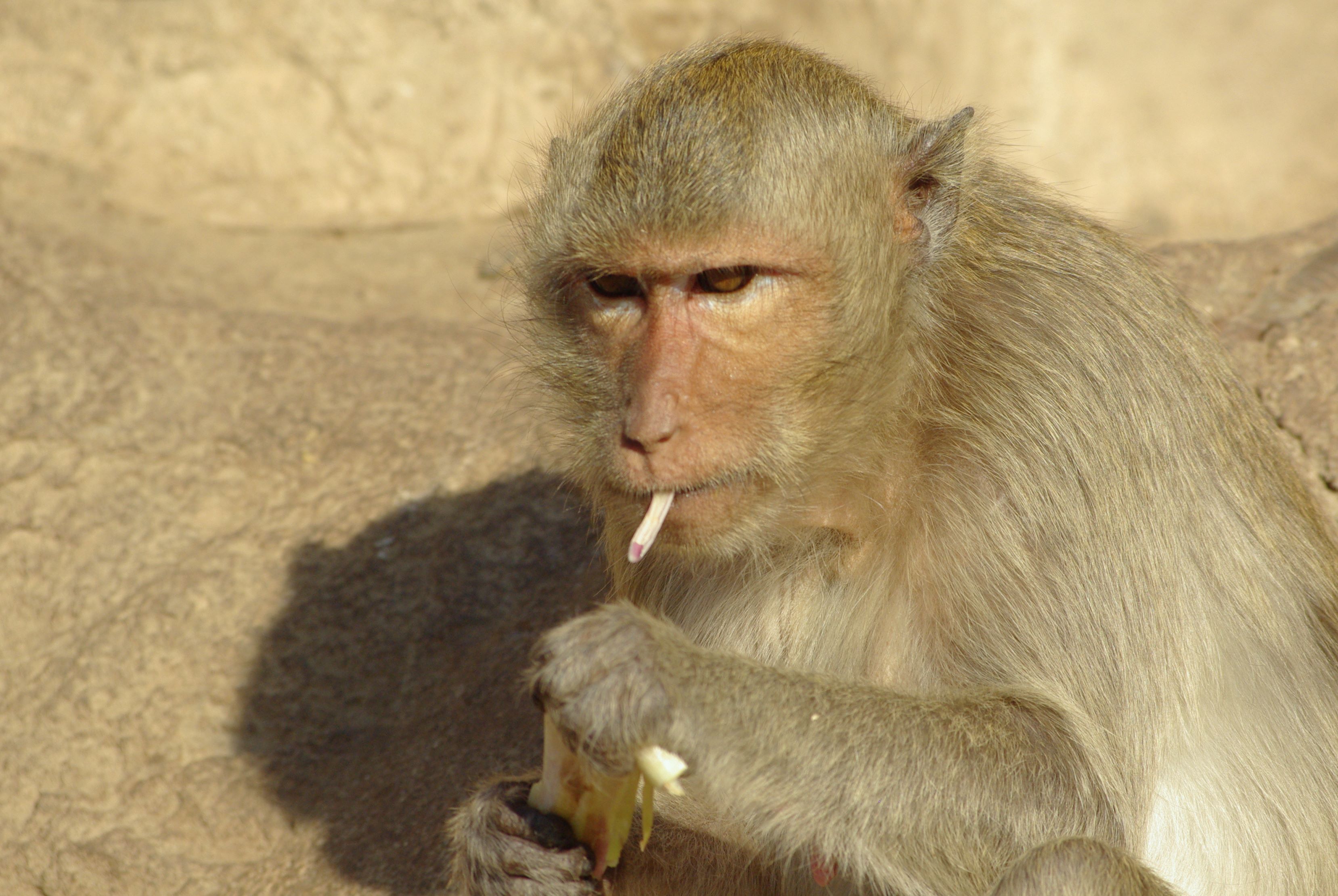 Monkey eating a banana that looks like a cigarette.