South Africa: The Kingdom of Freedom

Where the Cape of Good Hope resides, South Africa is the cradle of mankind with its natural and cultural abundance. As tribute to the nation’s Freedom Day, we listed twenty-five reasons why you have to visit South Africa at least once in this lifetime.

Home of the Big Five

The lion, leopard, elephant, rhinoceros, and Cape buffalo are collectively known as the Big Five of South Africa. Why are they called such? Big-game hunters and safari tour guides use the term to refer to the five, most difficult animals to search or hunt on foot. 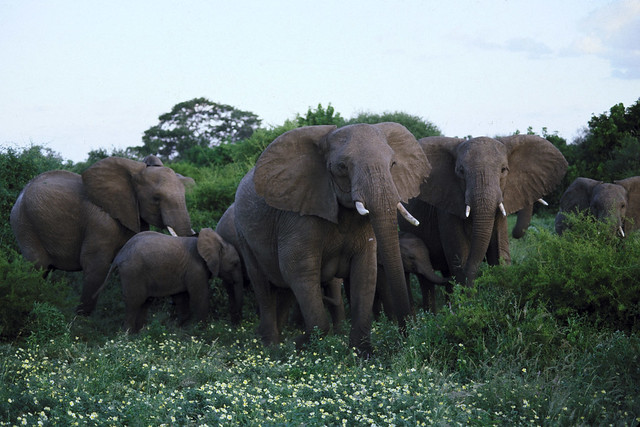 Call these African elephants ‘gentle giants’ despite their enormous size.

Only in South Africa will you find the most impressive species on the planet: the cheetah, fastest land mammal; elephant, largest mammal; giraffe, tallest animal; ostrich, largest bird, and eland, the largest antelope. Under the sea, the whale shark dives deep as the largest fish while the leatherback sea turtle is the largest reptile.

Good news for birdwatchers—over 900 various bird species thrive in South Africa. This amounts to 10% of the total bird species in the world. More than 160 of these species are endemic or near endemic, which means they can only be found in South Africa or its neighbouring countries.

A vast habitat for game 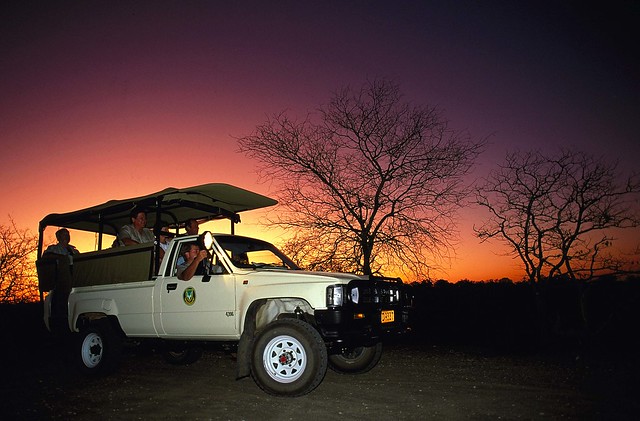 A safari adventure in South Africa lets you feel the wild in close.

Where all the stars shine at night

A majestic canopy of stars shine brightly at !Ae!Hai Kalahari Heritage Park in Northern Cape province. The International Dark-Sky Association (IDA) lauds the park as one of few darkest places in the world, close to zero light pollution, and the best place to gaze up to our Milky Way galaxy.

Hometown for the Indian community

Over 1 million people of Indian descent live in Durban, a coastal city in the KwaZulu-Natal province. It’s the largest Indian city outside of India. Most of their ancestors were taken from their motherland as workers during the British occupation. Mahatma Gandhi, the renowned Indian activist, arrived in South Africa in 1893 and unified India’s identity in the country.

Call it the Rainbow Nation

After South Africa’s first fully democratic election in 1994, then Cape Town Archbishop Desmond Tutu described his country as the Rainbow Nation. The people, he said, came together as one nation despite their different tribes, races, cultures, religions and skin tones. 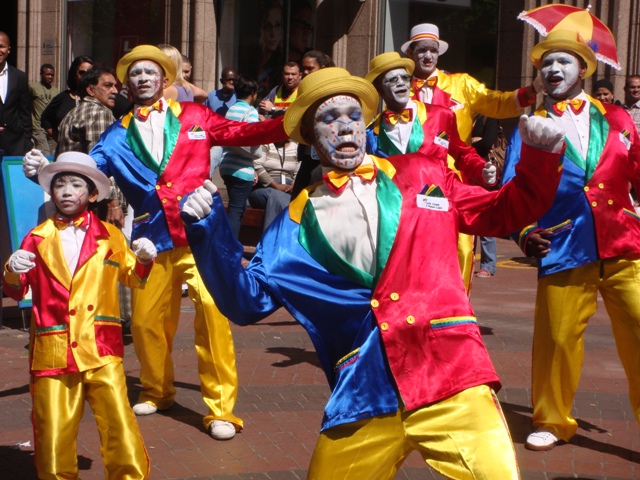 The government of South Africa recognizes three capital cities: Pretoria is its executive capital, Cape Town the legislative capital, and Bloemfontein as the judicial capital. For the leaders, the balance of power must exist, so they split up the three main branches of the government.

Power for the people

About two-thirds of electrical power in the African continent comes from South Africa. While alternative energy sources are in place, most of the power comes from coal-burning plants.

There are 11 official languages in South Africa, which includes Zulu, Afrikaans, and English. Fanagalo or Fanakalo, is the lingua franca mainly in the mining areas, but English is becoming more prominent for its politically neutral tone.

Aside from England, South Africa is the only nation that has hosted the FIFA World Cup (2010), Cricket World Cup (2003), and Rugby World Cup (1995). Among these three sports, only in rugby has the South African team captured gold, one in 1995 and another 2007. 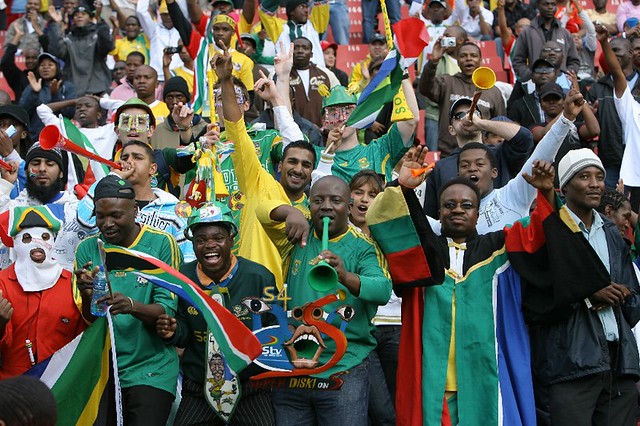 South Africa is one of the only two countries that has hosted three world cup events.

An extreme leap of adrenaline

The Bloukrans Bridge in Nature’s Valley, Western Cape is the site of the highest commercial natural bungee jump in the world at 216m (709ft). Towering above Bloukrans river valley, the bridge is also Africa’s highest and one of the scariest places from up top.

In South Africa, 80% are Christians while the remaining 20% are Hindus, Muslims, Buddhists, and other religions. The constitution guarantees freedom of religion for all and respects the rich diversity in the country.

Over 50,000 tonnes of macadamia nuts come from South Africa each year. The world’s largest producer has 19,500 hectares of cultivated land solely for this product. The three main provinces that grow macadamia are Mpumalanga, Limpopo and Kwa-Zulu Natal.

The Cape Winelands, a district municipality in the Western Cape province, has around 560 wineries with 4,400 primary producers. Many consider the scenic valley along Route 62 as the world’s longest wine route. 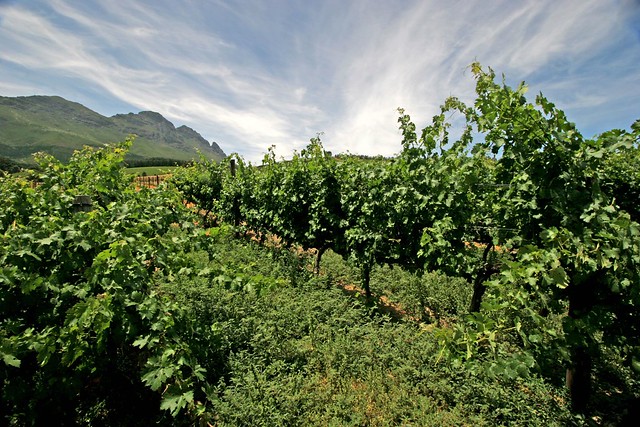 Take a blissful tour of South Africa’s wineries, home to some of the world’s fine wines.

Meat in the diet

In the entire African continent, South Africa is the largest meat producer, estimating about 2 million tonnes or 20% of the total production.

An abundance of platinum is found in South Africa. Over 110,000kg of the transition metal has been harvested in 2014, which accounted for more than 605 of the world’s entire supply.

The most precious of all

In 1905 at Premier Mine in Pretoria, the late Sir Thomas Cullinan found the largest diamond in the world. The namesake diamond has 3,106-carats and weighs at around 1.33 pounds. The exact replica of the Cullinan Diamond is on display at the Cape Town Diamond Museum. 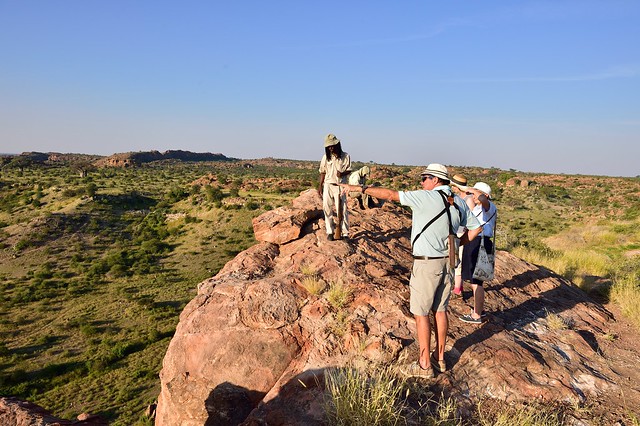 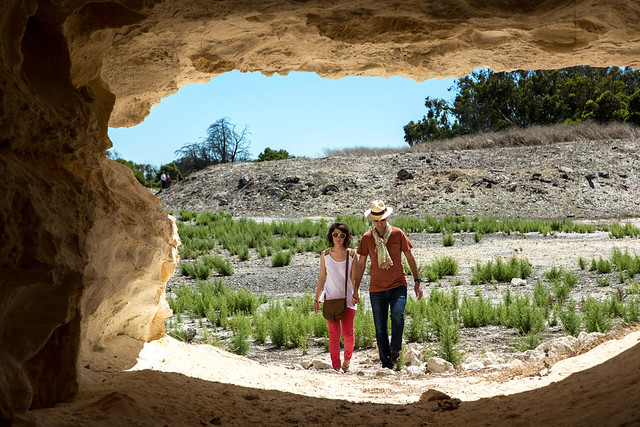 Robben Island is the site where non-white prison that include Nelson Mandela were incarcerated.

Hopping for a toast

In terms of volume, South African Breweries is the largest beer brewing company in the world, according to experts. It now belongs to Anheuser-Busch InBev, currently the largest beer company.

Durban Harbour is the largest and busiest shipping terminal in Sub-Saharan Africa. The port, operating with 58 berths from 20 operators, handles up to 31 million tons of cargo each year.

Swim with penguins, not fishes

In Cape Town’s Boulders Beach, colonies of African penguins rule the shores. It’s also the only place in the world that humans can swim with the flightless birds. The area surrounded by ancient granite boulders is an ideal spot to take photos as well. 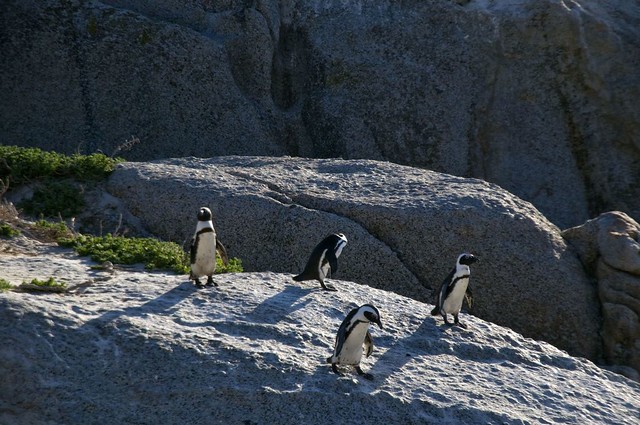 Whoever said there are no penguins in South Africa hasn’t been to Boulders Beach.

At 2,800 feet high, the Tugela Falls in Royal Natal National Park is the second highest waterfalls in the world and the largest in Africa. The plunge from the cliff of Drakensberg or Dragon’s Mountains is almost a kilometre long. There is some debate that claims Tugela Falls is higher than the current world-record holder, Venezuela’s Angel Falls.

The forest that man had made

Johannesburg‘s urban forest is the largest in the world, according to some sources. a whopping 10 million trees are touted to cover the populous African city. According to some locals, if you listen intently, you can even hear the lions roar, but the sound is from the nearby zoo, really.

Gold at the foot of the rainbow

The Mponeng Mine in South Africa is the deepest gold mine in the world, extending up to 4 kilometres below Earth’s surface. Its current operator, AngloGold Ashanti, has made plans of selling the property, which marks the nearing end of the gold-mining era in South Africa. 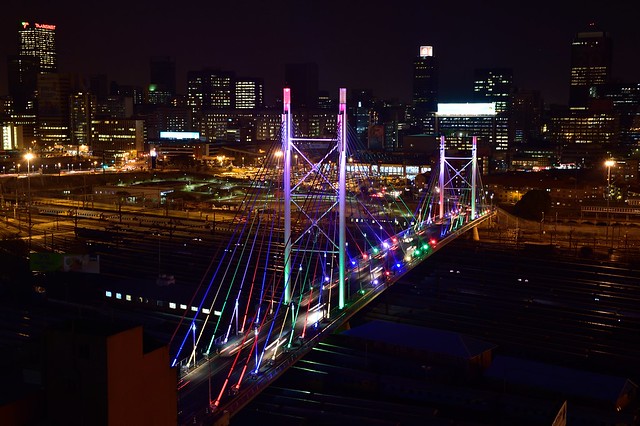 Johannesburg is all about staying green with trees amidst its urban development.