Beyond the Sparkle of Seoul

Take a detour to these destinations that make a trip Seoul worth the skip.

The sparkling city of Seoul is the unanimous tourist favourite among the many bright spots in Korea, but this doesn’t mean the rest are falling behind. These top destinations are gearing up this 2019 to offer a different kind of delight.

While Incheon is the primary touchdown point for tourists with its international airport, the city gets often overlooked because of its adjacent location to Seoul. What many tend to miss are Incheon’s attractions that would rival the neighbouring capital.

Where to go?
Songdo Central Park, a green paradise among the skyscrapers, is actually inspired by New York’s famous landmark. Glide along the faux river on a water taxi or stroll on the promenades. In contrast to this techno-park is the Old Town. Take a tour of the churches, museums, and art galleries with a friendly guide.

What to eat?
Head to Sinpo Market where you can find generous servings of dakgangjeong, sweet and crispy fried chicken and Baeknyeon jajangmyeon, noodles topped with diced pork. 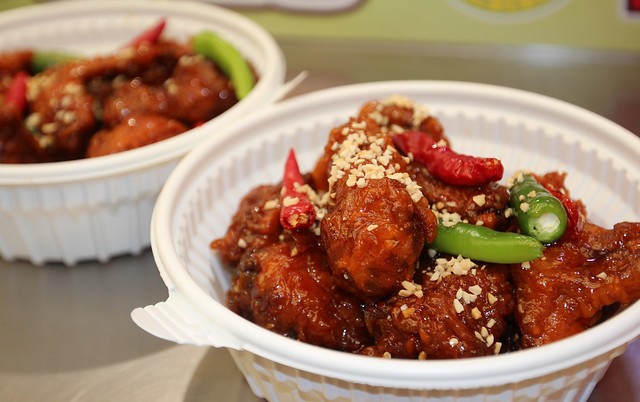 Did we not mention that the Korean fried chicken in Sinpo Market is mouthwatering?

It’s “Visit Daejeon Year” this 2019. This marks the 30th year that Daejeon became a metropolitan city and 70 years since its formation. Locals find the city a premier destination for education with the EXPO Science Park and Arts and Culture Complex.

Where to go?
A picturesque attraction is hidden amid the trees of Jangtaesan Mountain. Follow the track until you reach the Sky Tower, a viewing deck that lends a view of ginkgo trees and bald cypress. Aside from the tower, the recreational area of the forest has a botanical garden and bare-foot walking paths. Another

What to eat?
Daecheongho Maeuntang, a variation of spicy fish stew with shrimp and mushroom, is served in many restaurants in Daejeon. The ssogari, Mandarin fish, comes from the Geumgang River that has been food for the king during the Joseon dynasty. 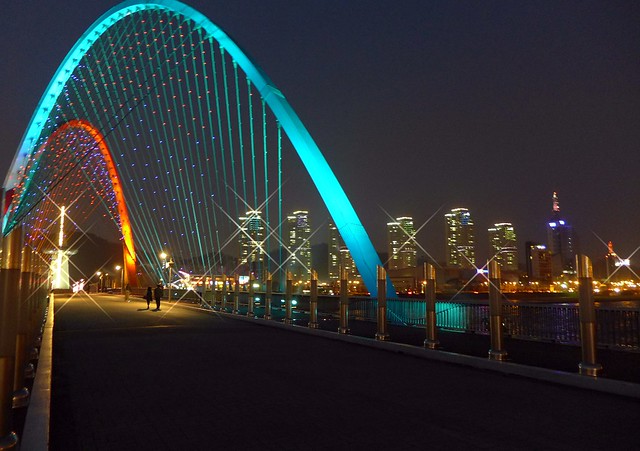 Kick back in Andong

From blockbuster movies to celebrated dishes, Korea’s culture has transcended different boundaries. Get a first-hand experience at the essence of the fascinating culture with a heritage trip to Andong.

Where to go?
South Korea’s cultural capital is the window to the illustrious reign of the Joseon dynasty. Stay in a hanok at the Hahoe Folk Village and get the feeling of a citizen from a bygone era. If you’re in luck, your arrival may be in time for the Andong International Mask Dance Festival. Every September or October, this festival celebrates the local belief in shamanism.

What to eat?
A smoking hot Andong Jjim dak is a steamed chicken is a must-try dish for all the right reason. First, the Korean sauce has all the taste of a delightful meal. Add in the chicken and you have a great source of protein. Finally, the variety of vegetables provides the vitamins you need. 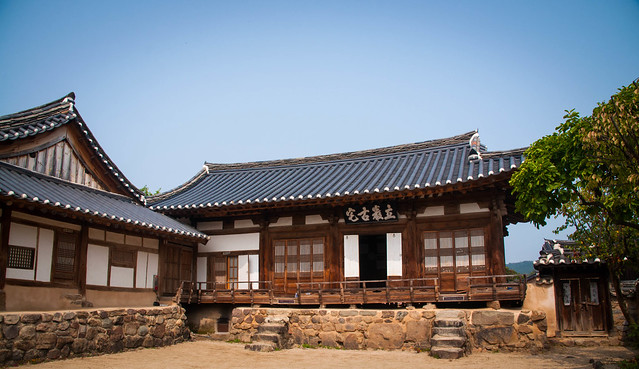 A quaint charm exists in the Hahoe Folk Village, home to the descendants of the Ryu clan.